As regular followers of our Sprinter Camper Vans Instagram account will know, not all Sprinter van conversions end up as camper vans with bathrooms. Most converted Sprinter vans are classed as small, motorhomes (‘Class B’ in the US) and don’t always have bathrooms – but some do! Some of these small RVs have showers, some campers have toilets, and some have both. 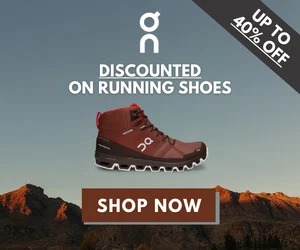 When we share cool Sprinter van conversion interiors one of the most commonly-asked questions is ‘what about the bathroom?’. Or for variations on that question, ‘where’s the bathroom? Does this small camper van have a toilet? Where is the van shower?’. It’s an important question and, for many, having a camper with a shower and/or a toilet is very high on the list of must-haves when planning to build or buy a converted Sprinter camper van.

In this post we are sharing some of our favorite camper vans with bathrooms, including interiors showcasing indoor showers and toilets. Be prepared to be amazed at some of the innovative and creative solutions professional and DIY van builders have come up with to the van bathroom challenge! We also share some advice on planning your own camper van layout and things to consider when looking at building or buying a van with its own toilet and/or shower and fitting it in around your camper’s bed, kitchen and cabinet plans.

–> If you’re planning a DIY Sprinter van conversion, you’ll also want to read this post next (link opens in a new tab) <–

The best camper vans with bathrooms for van build inspiration

If your dream Sprinter van conversion involves having a full bathroom cubicle like you’d find on a larger RV, with a shower and toilet combo built in for plenty of privacy, perhaps this style of camper bathroom is what you’re after.

This may be especially important to you if you are planning full-time van life like Brits Charlie and Lara and want as many tiny home- style amenities as possible in your van conversion. Their van bathroom features a composting toilet in the shower cubicle.

Another great example of a conversion van with a bathroom is Jake and Heather’s van, which is large enough to have a permanent bathroom area with a shower and toilet (and to be able to carry the water needed to supply the shower!). If you want to learn more about the difference length Sprinter vans you can choose from, read this post.

Their built-in van bathroom features a waist-height wall and shower curtain, and the space can be used for storage when not in use as a bathroom.

If you don’t want a full camper shower cubicle, then how about something like Kirby Winson’s ingenious hidden van shower, which is a neat solution to having an indoor shower in a camper that you can use year-round, including when camping in winter.

The shower folds neatly away in the van’s floor when not in use, and it uses the van’s existing faucet with an extendable hose to reach and serve as the showerhead. Clever!

For another innovative solution to putting a shower in your Sprinter van, also consider a hidden shower tray in your van’s seating area. The van shower in this build by Seth & Scarlett is totally hidden in the cabinet when you’re finished with it (swipe across on the IG image below to see it!). Great engineering, we think you’ll agree.

If having a camper van toilet is a must-have but aren’t overly concerned about having a full interior camper van bathroom with a shower inside your van, then plan to install a composting toilet or port-a-potty somewhere it can be hidden within a seat or cabinet, and revealed only when you actually need to use it.

In this build from Freedom Vans the toilet slides out from the base of the tall cabinet using heavy-duty drawer sliders – a neat solution!

Here’s another secret van toilet! Can you guess where the secret toilet is in this van conversion layout by Alastair and Helen from Trail & Kale?

Install a composting toilet in your camper van

Worried about the chemicals that are involved in having those porta-potties in your camper van? Composting toilets are an increasingly popular solution to having a camper van toilet without the smell and disposal-related concerns that a chemical toilet can create. One of the most popular of these is the Nature’s Head composting toilet, which you can buy directly from the company or on Amazon.

Used properly, composting toilets do not smell and are easy to use and clean, and you can install them with your van shower, or separately, hidden in a pull-out drawer or base cabinet, like the two layouts shown above (both feature Nature’s Head toilets).

This van from Freedom Vans is also worth checking out if you’re researching van bathroom layouts, as the build also features a secret shower…

If you don’t have the space inside your van for a shower, and plan to camp mostly in warm weather, then a shower point at the rear of your van is significantly less expensive and easier to install than an indoor van shower, and still allows you to have a refreshing wash when you don’t have access to campsite shower facilities. Plus, this type of van shower also doubles as a shoe, gear, dog and bike wash for cleaning up after all those trail and beach adventures you’ll be having.

This sprinter van conversion from Sync Vans also features a port-a-potty in the main cabin (click the image to scroll through photos of this build on Instagram).

Here’s another exterior van shower – on this van from Overland Van Project the RV / marine-style van shower hose on the back of the van, which rolls neatly back into the cabinet when you’ve finished using the shower.

Plan your camper van bathroom layout before starting your build

If you’re planning to build a camper van conversion van with a bathroom, follow the lead of Sirius the Sprinter’s owner, and spend time planning your Sprinter van’s layout before you start your build, to work out where your van shower and toilet will fit alongside the rest of your build.

Working out where to put the bathroom needs to be one of the first things you work out, because, together with the bed, the space needed for it is going to be one of the largest aspects of your van’s layout to get sorted early on.

If you’re debating whether or not to have a shower in your camper van then it’s worth reading this post where we share the main pros and cons of installing a van shower as part of your build, as well as things to think about when it comes to planning this aspect of your conversion. If you’re set on installing an indoor shower in your van, that post may even change your mind!

When it comes to deciding whether or not to have a toilet in your camper van, our general view on the topic is that you have to do what is best for you and anyone you’ll be sharing the van with.

For many, a toilet is an absolute must-have. This makes sense – you know you will need to use one several times a day (whereas you don’t need to shower every day), so if you don’t want to be looking for public or campground facilities while on the road or out camping, then it’s worth being self-sufficient.

That said, you may prefer the simplicity and space-saving that comes with NOT having any bathroom facilities in your camper van – and the beauty of this is that it will save you space, money and maintenance, which may be more important to you than being overly-concerned about when and where your next bathroom visit will be. The beauty of a custom camper van conversion is that you can build (or commission) it to be exactly as you want it 🙂

Sprinter Van Build Essentials: What Do You Need In Your Camper Van Build?

What are the must-haves when it comes to converting a van? These van build essentials are what every conversion needs to turn a cargo van into a campervan.
Read Full Post

10 Major Van Conversion Mistakes and How To Avoid Them for your DIY Sprinter Camper...

When you're planning a DIY van build it's important to be aware of these surprisingly common yet major van conversion mistakes and how to avoid them.
Read Full Post

Why You Don’t Need a Shower in Your Campervan Conversion

There are many reasons to have a shower in your campervan, but what if you actually don't need a van shower in your Sprinter? Here are the pros and cons.
Read Full Post

Choosing The Best Camping Toilet For Your Van

The Best Van Roof Racks For Your Sprinter Campervan

How much does van life cost? PLUS how to budget for it.